I had never really used Pinterest in the past, because (with the possible exception of Snapchat) I find it to be the most pointless of all the social media outlets, primarily because collecting photos of food and craft projects that I’ll never actually make isn’t really my idea of a good time.

But even I can admit that when it comes to wedding planning, Pinterest does have its use as a central place to collect ideas and inspirations for the big day. So I eventually set up my account and began creating boards of dresses I liked, venue décor that captured the aesthetic Remus and I were going for, and engagement rings that wouldn’t have him sweating his ability to pick out jewelry for me. And this led to my new favorite daily check-in: my page of suggested pins.

Based on the photos I’ve pinned to my board, Pinterest now regularly updates my homepage to feature things it thinks I’ll like or be interested in (something most of you were already aware of, I’m sure, but it’s a whole new world to me). And some of the stuff Pinterest suggests is, quite honestly, batshit insane.

So with no further ado, the first installation in my new series of posts that I’m calling, WTF, Pinterest? I guess this one is the all-rings edition. 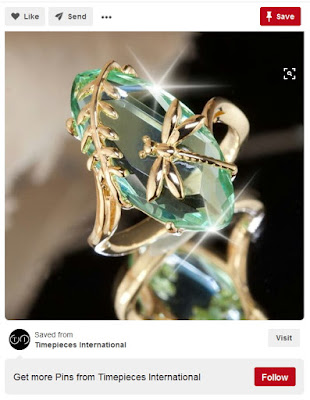 On my board of rings I liked, I pinned a selection of rather simple and very similar photos of square stones in silver settings, some with various configurations of side stones. How Pinterest gathered from those pins that I would be interested in this gold and green dragonfly monstrosity, I’ll never know. 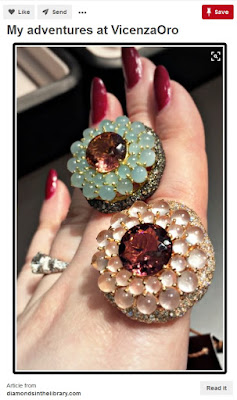 I think these were brooches (or possibly pasties) that someone mistook to be rings. We all make mistakes. 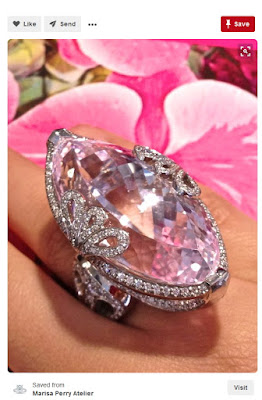 Liberace called the owner of this ring (from the grave!) and kindly asked her to tone it down a bit. 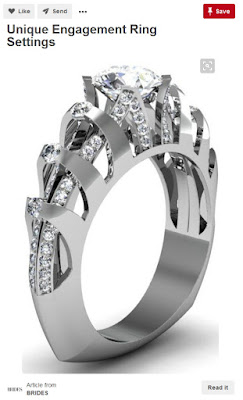 Just because you’re getting married doesn’t mean you have to give up your street fighting ways. With this engagement ring, you can sport your bling and leave the brass knuckles at home since this piece of fine jewelry doubles as a weapon. 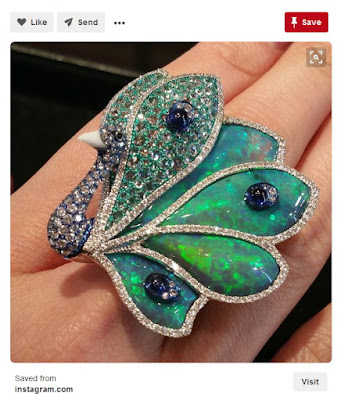 I assume the owner of the dragonfly ring also owns this piece of work, or at least wishes she did. Whoever said, “less is more,” obviously never went jewelry shopping via Pinterest.
Posted by Wolfie at 9:00 AM